Champions sustainability at She Runs 2019

Paris, March 14, 2019 – VinylPlus® yesterday championed the sustainable use of PVC at the running event She Runs – Active Girls’ Lead 2019, which gathered 2,500 young women aged 14-18 to race 3km through the heart of Paris. As a proud partner of the event, VinylPlus was also in Paris to highlight PVC’s role in improving the environmental impact of sports events.

VinylPlus and the International School Sport Federation (ISF) signed a joint ‘Environmental Action’ in February to ensure that PVC is used sustainably in the run-up to and during the She Runs – Active Girls’ Lead 2019 and re-used and recycled after the event.

She Runs – Active Girls’ Lead 2019 brought together 2,500 young women from 35 countries to promote female emancipation, leadership and health through school sport. The event was developed by ISF with the support of the European Commission’s Erasmus + Sport Programme. She Runs ambassadors include karate multiple world champion Laurence Fischer, boxing world champion and Olympic medallist Estelle Mossely and swimming Olympic Champion Camille Lacourt, among many others.

Brigitte Dero, VinylPlus’s General Manager, recognised the She Runs event as a positive partnership to promote sustainability in the sport community. “Just one month ago, I co-signed our ‘Environmental Action’ with the President of ISF, Laurent Petrynka, to ensure the sustainable use of PVC at She Runs. We will shortly publish a report on the lessons we have learnt from our involvement in She Runs, and I hope it will serve as an example and inspiration for future sporting events,” she said.

The ISF-VinylPlus ‘Environmental Action’ has six commitments, from sourcing PVC in line with the VinylPlus sustainability programme to ensuring the re-use and recycling of PVC products after the event. The ‘Environmental Action’ is an important step for VinylPlus to show the wider public the role that the PVC industry can play in building a circular economy.

PVC plays an integral role in sports. It is strong, durable and requires a minimal amount of maintenance. PVC is widely used in sports stadiums, from the flooring to the roofing and the exterior screening. Spectators sit on PVC seats under PVC canopies, protected by PVC barriers. It is also used in countless sports for equipment and protection.

VinylPlus designed and managed an interactive stand in the She Runs village where its team could explain the sustainable use of PVC at sporting events. All the PVC products used at the event were provided by VinylPlus’s partners: Gerflor; Novafloor, Simona; Serge Ferrari; A. Kolckmann, Renolit and Dickson.

The tents in the entire village were made of PVC and will be re-used. The VinylPlus stand was fully equipped with PVC.  The flooring, made of 32% recycled PVC, will be donated to a school in Paris. The rigid PVC walls will be recycled by a VinylPlus partner, CIFRA France. Goodies handed out to the girls will be given to a kindergarten in Belgium. They include pencil cases, card holders and pouches—all made out of repurposed advertising PVC banners. VinylPlus also provided PVC mats for the yoga area which will also be donated to a school in Belgium. The PVC sport balls used on the stand will equally go to a school in Belgium. The furniture, made of 100% recycled PVC, will be given a second life in our offices in Brussels and Paris. 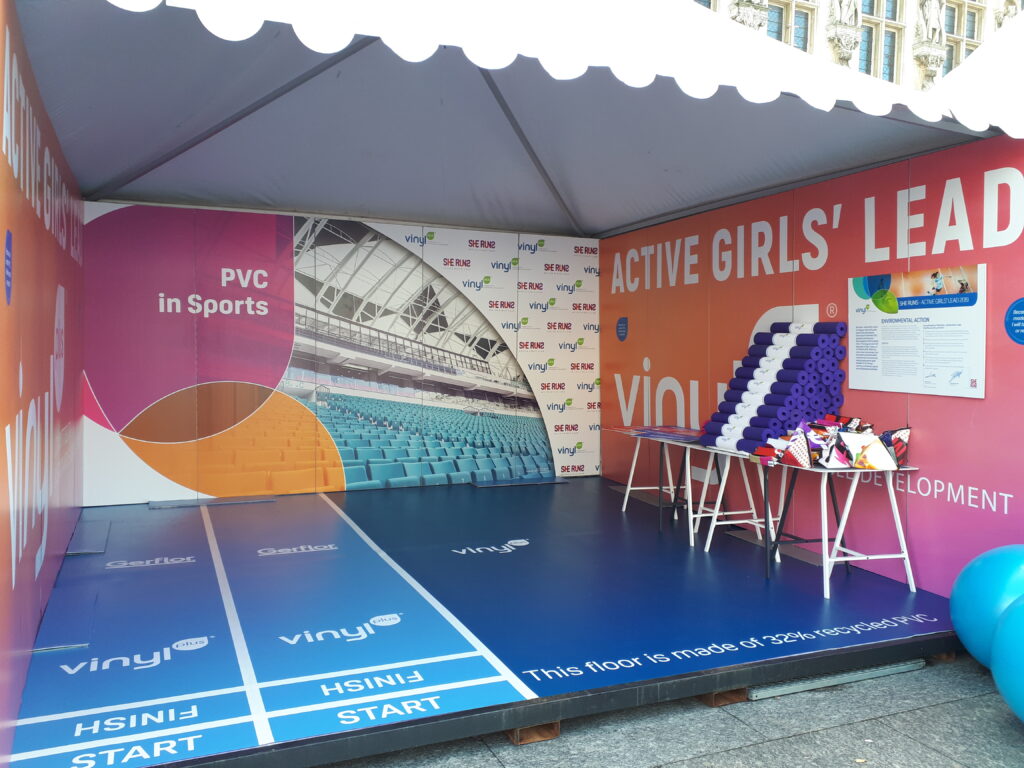 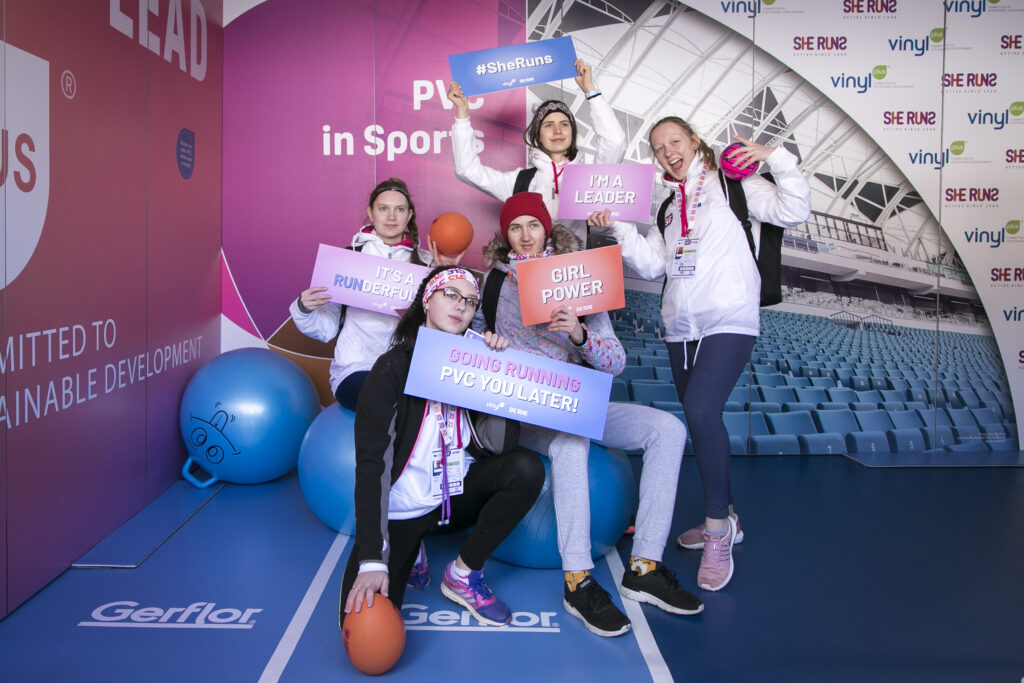 Champions sustainability at She Runs 2019